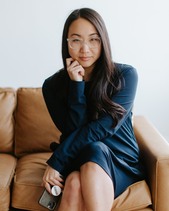 Keynotes:
​
Stephanie Drenka
Stephanie Drenka is the Communications Director for Dallas, Truth, Racial Healing and Transformation. She received her Bachelor of Arts in Communication from DePaul University, with minors in Asian American Studies and Women’s Studies. Stephanie’s photography and writing have been featured in Washington Post, Huffington Post, USA Today, and ABC News. In April 2019, she launched VISIBLE Magazine, an online publication amplifying stories from underrepresented communities. She is a 2020 Public Voices Fellow of The OpEd Project. 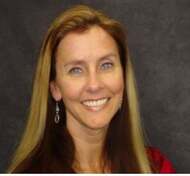 Allison Davis Maxon, M.S., LMFT
Allison is a nationally recognized expert in the fields of child welfare and children’s mental health specializing in Attachment, Developmental Trauma and Permanency/Adoption. She is the Executive Director of the National Center on Adoption and Permanency. She co-founded FosterStrong, with Sean Anders, writer/director of Instant Family, their mission is to empower youth in foster care to reclaim their narrative, voice, and story. Allison is the co-author of Seven Core Issues in Adoption and Permanency: A Guide to Promoting Understanding and Healing in Adoption, Foster Care, Kinship Families and Third Party Reproduction, Jessica Kingsley Publishers 2019.
​

Angela Tucker
​Angela Tucker is an adoptee committed to advancing the conversation, not just having one. She is an unabashed truth-teller and a gifted speaker and educator. As a black woman adopted from foster care to a white family and growing up in a city that was demographically only 1% Black, she understands the power of life's most difficult moments. Her determination and insatiable curiosity are an inspiration to many and is on display through her search for her biological parents in the documentary, Closure, and her unique upbringing has encouraged an expansive and inclusive definition of family. Speakers:
JaeHee (Melanie) Chung-Sherman, LCSW-S, LCPAA, PLLC
(she/her/hers)
JaeHee (Melanie) has worked in the field of child welfare since 1999 and is the founder and owner of a private practice. She is a Texas Board-certified clinical social worker and supervisor and a licensed child-placing administrator through the State of Texas. She has specialized in the field of child welfare and social justice initiatives ranging from foster care, adoption, mental health, identity-based stress and trauma-inclusive care, and administration. She serves as the Region 3 Representative for the NASW-TX State Board of Directors (2019-2022). She is a doctoral student with the University of Alabama’s DSW program specializing in clinical theory and application (Roll Tide!). In addition, she is also a senior psychotherapist, supervisor, and the Sexual Assault/IPV Coordinator at the University of Texas at Dallas’ Student Counseling Center.
​ 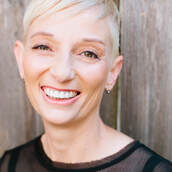 Maggie Gallant
​Playwright and performer Maggie Gallant writes for the stage on all aspects of the adoptee experience. She created the solo show 'Hot Dogs at the Eiffel Tower' which chronicles her life-long search for her birth father, and was honored to perform the show live at the AKA Conference in 2015 and virtually in 2020. 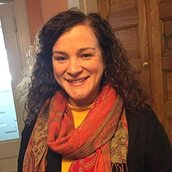 Suzanne Gilbert, Author
​Suzanne recently served as Keynote for both the 39th Annual Adoptive Parents Committee Conference in NYC as well as for the annual luncheon of the National Council of Jewish Women-Metrowest where she also spoke in 2015. She has led and served on workshops, speaker presentations, multiple adoption panels, and written fiction with adoption themes. Venues and recognition include: 2019 Author Roundtable at the 40th annual American Adoption Congress in Washington, D.C.; 2019 and 2018 guest speaker at Ethical Culture Society of Maplewood on Searches in Literature & Religion; 2019 workshop on making a gratitude practice at The Center for Spirituality; 2014 performance for "The Moth" StorySlam; St. John's University presenter at The Adoption Initiative conference; and numerous adoption-related panels or discussions including ones hosted by her own “alma mater”, the Spence-Chapin Adoption Agency. Suzanne is taking a break from a career in cyber security to focus on writing a series of cybercrime procedurals and has a prequl, the adoption quest novel Tapioca Fire, which was selected as one of four recommended books for 2014 by Concerned People for Adoption (CPFA). Her shorter works of fiction and non-fiction have been included in anthologies and literary magazines. She curates a Facebook page with over 7,000 organic/unpaid readers as of mid 2019 that highlights both fiction and non-fiction on adoption, fostering, and other cultural topics @SuzanneGilbert.Author. Her personal observations there are based on a love of reading and parenting a blended family with three now grown boys who are adoptees like herself​.

Britney Grissom
​Britney Grissom is a Learning & Development professional in Austin, TX, working with the federal government.  A birthmom of twelve years, she enjoys a close relationship with her son and his parents through open adoption.  As a former board member, Britney is grateful to AKA for education and support that were instrumental in navigating the early days of those relationships.  ​

Lesli Johnson, LMFT
Lesli Johnson is a licensed Marriage and Family Therapist and Coach. She specializes in adoption and related issues. Her clients include all members of the adoption and foster care community: adoptees, adoptive parents, waiting parents, birth parents, foster parents, and families. An adoptee herself, Lesli’s personal experience allows her to connect with this community in a unique way. Lesli is a certified EMDR therapist and trained in Brainspotting and the Trauma Resiliency Model. In addition to her work in private practice, Lesli provides coaching services both in-office and virtually to adoptees, adoptive parents and birthparents worldwide. She facilitates ongoing adoption support groups and conducts adoption awareness and education workshops in schools, universities, and mental health settings to help professionals better understand issues related to adoption. Connect with Lesli and find community at www.askadoption.com 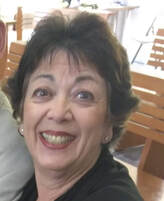 Traci Onders
As the Search Specialist at Adoption Network Cleveland, Traci provides insight, support, and guidance through the search process and beyond. She attended Basic Genetic Genealogy and Advanced DNA Evidence trainings at the Genealogical Research Institute in Pittsburgh and has assisted many in using DNA to connect with birth or biological family, including adoptees and individuals who have misattributed parentage. 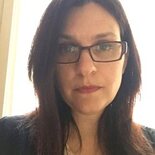 Krysia Orlowski
Krysia Orlowski is both a sibling to two adoptees and an adoptive parent. In 2015, Krysia joined the board of Adoption Network Cleveland, seizing the opportunity to give back to the adoption community. At ANC, Krysia is active on the program committee, which is in the process of implementing a thoughtful expansion of the organization’s program offerings and regional footprint, including how the organization serves adoptive, kinship and foster care families. When asked what work at ANC she is most proud of, Krysia points to the legislative advocacy work done by the organization to make significant systemic change on child welfare issues. As an advocate for adoption, Krysia is focused on supporting transracial families and is specifically concerned about the gap in support for youth being raised by parents of a different race, and the lack of training and support these parents receive. Krysia is the volunteer parent facilitator of ANC’s Weaving Cultures Transracial Family Group. 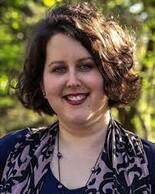 Katy Perkins, LCSW-S
Katy Perkins, LCSW-S is a Licensed Clinical Social Worker in private practice providing therapy, professional training, case consultation and policy analysis in Texas, Illinois, Colorado and Florida. Katy specializes in post-adoption with adult adoptees, sexual and domestic violence, discrimination and oppression, and childhood trauma. She is a founding board member of STAR (Support TX Adoptee Rights), a member of the Texas Association Against Sexual Assault, the Texas Council for Family Violence, the National Association of Social Workers, and Adoption Knowledge Affiliates. Her experience includes community, state, and national level advocacy as a leader and volunteer.

​Shannon Quist
Shannon works as a technical writer, but her writing experience runs the gamut of genres. Her work, including poetry, non-fiction, and journalism, has been published in The Daedalion, Gaillardia, The Lasso, and the Dallas ZooHoo! blog. She graduated from Texas Woman’s University where she is currently pursuing a Master’s in English. Adopted at birth, Shannon offered up her story at TWU’s first hosting of the Human Library, worked on a research project on the rhetorical and legal history of Texas adoptions, and is currently working toward a thesis on the topic of adoption as part of her graduate program. Though Shannon hails from the Texas Panhandle, she and her daughter Emery call Denton, TX home.

Brooke Randolph
Brooke Randolph is a therapist, author, speaker, and trainer, who specializes in adoption and Brainspotting. She is the founder and director of a group practice in Indianapolis where all clinicians are committed to ongoing learning in adoption and developmental trauma. She is committed to openness as a single adoptive mother and on-going growth personally, professionally, and spiritually. ​ Amanda Reno
Inspired by her own search and reunion with her sister, Amanda Reno has spent the last 7 years helping individuals reunite with their genetic identity. Most recently, Amanda co-founded AdvanceDNA, a company established to assist law enforcement agencies in the development of DNA leads on cold cases, where she serves as the Director of Genetic & Forensic Case Management.

Barbara Lynn Robertson, LMSW
Barbara Lynn Robertson, LMSW, is an Ohio-born, New York Adoptee who received a copy of her Original Birth Certificate after new Ohio legislation took effect in March 2015. Since then, she has been able to discover her biological origins and establish contact with both maternal and paternal sides of her family. Barbara is a strong advocate for adoptee rights, volunteering her time providing online education and support to all members of the adoption triad. She currently serves as Co-Facilitator of Adoption Network Cleveland's monthly Virtual Webcam General Discussion Meeting, available to participants who live outside of the state of Ohio. Barbara has also written a piece for the Dear Adoption blog and is a contributing author to the book, Black Anthology: Adult Adoptees Claim Their Space, edited by Susan Harris O'Connor, MSW; Diane Rene Christian; Mei-Mei Akwai Ellerman, PHD.

Brian Stanton
Brian Stanton was born, adopted & raised in Kansas City and currently makes his living as a theatre artist in Los Angeles. @ghostkingdom, a film that explores the search for biological relatives, was originally a solo play that was slated to premiere Off-Broadway on October 4, 2020. When theatres closed due to COVID, he decided to adapt his play into a film. Stanton garnered Best Actor and Best Screenplay awards for @ghostkingdom from the LOVE International Film Festival and has been invited to the Awareness Film Festival and the San Francisco International New Concept Film Festival. For the past decade, Stanton has also been performing his award-winning, original solo play BLANK all over North America. BLANK, the title literally referring to the name space on his original birth certificate, tells the true story of Stanton's adoption and his journey in search of identity. Stanton also co-planned 2 art festivals for Celia Center with Jeanette Yoffe providing a creative space for adoptees as well as former & current foster youth. Stanton received his MFA at California Institute of the Arts and BFA from Texas Christian U.

Rebecca Tillou
Rebecca Tillou is a 41 year old adoptee living with fetal alcohol syndrome. Adopted at 1 month old from New Jersey with closed records until 2018, she searched and found her birth mom in 2013 with just a first name, a date of birth and a tenacious spirit. Rebecca was diagnosed with Fetal alcohol syndrome at 34 years old, and the aha moments of her childhood and teen years came forth. She is now an author, a public speaker, and an advocate for adoptees and those touched in some way by FASD.

Sheri Williams
Sheri Williams is the Associate Vice President of Human Resources with the Texas Medical Association in Austin, TX.  She reunited with her son in 2007 after placing him for adoption in 1980. Through AKA, Sheri began the slow and emotional journey of discovering that it’s not only ok to talk about adoption but that being a birth parent has a seat at the table. This discovery, along with AKA’s support and the love of her son’s family, has become a rewarding path not only of resilience, but also of self-forgiveness and love.