​Our Board of Directors

Our ​Board of Directors 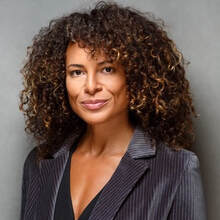 April Dinwoodie, (President) is an accomplished corporate marketing and branding professional turned nationally-recognized voice on adoption, foster care, and multiracial/multicultural families.  From creating a mentoring program for youth in foster care to becoming the CEO of the Donaldson Adoption Institute (DAI), April is fiercely dedicated leader helping individuals, systems, and corporations as they address the urgent and age-old questions of identity, values, and differences of race, culture, and class. Dinwoodie hosts “Born in June, Raised in April: What Adoption Can Teach the World!” a podcast to educate and inspire conversation about adoption, identity, and family diversity. ​

Karen Whitaker, (Vice President) has served on several volunteer committees over the years and has volunteered at various national and local nonprofits. Karen has two sons and learned more about the adoption experience and the impact on birth mothers when relinquishing her parental rights in 1999. While managing her life as a single parent and her emotions as a birth parent in an open adoption relationship, life presented unique challenges. Thirteen years later, to help with her ongoing grief, Karen began researching adoption and connecting with other birth/first/biological mothers and adoptees to understand her emotional attachment to this experience. She was met with amazing people from the adoption community who mentored and supported her in her journey to healing. This is when she also learned more about the experiences of transracial adoptees and the impact it could have on her son. Karen advocates for compassion and transparency in adoption. As a hard of hearing person, she also advocates for disability rights. Karen is also a facilitator for AKA's Birth/First Parent Peer Support Group.

Akara Skye, (Treasurer) is an adopted person who was born and raised in central Texas. Frustrated with the societal politeness of the adoption narrative, she turned to AKA whose invaluable support led her to reclaim her voice. She now writes to help navigate the multi layered trauma of relinquishment. She is part of the Adoptee Voices Cohort through which several of her writing pieces have been featured. Her work has also been featured as a short, recorded piece for the Rudd Adoption Research Program Conference. She is now an adoptees rights advocate having realized that it’s not just about her, it’s about all of us. ​Akara has a BBA in Finance from the University of Texas Austin and a MBA from the Thunderbird School of Global Management. 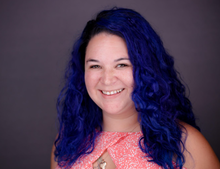 Shannon Quist, (Secretary) is an adoptee who often says she’s come out of the fog twice. As a teen, she knew that something was wrong with how her adoption was discussed, but didn’t have the support or resources to articulate it until she was much older. Between her therapist after her divorce and one of her professors, her adoption came back up during her mid-twenties as something she needed to spend time with and better understand. Since then, she has studied adoption in multiple ways; she is especially interested in legal, rhetorical, and narrative perspectives, but also enjoys the spectacular art that adoptees often create. She published her debut novel in 2020, Rose’s Locket, which follows the journey of a teen adoptee trying to write her story and find meaning in her life. Shannon graduated with a Bachelor’s in English Literature from Texas Woman’s University in 2018, with a Master’s in English Rhetoric & Writing in May 2022, and she works at Alkami Technology as a technical writer. She’s looking forward to helping AKA grow and support all those affected by adoption as she continues on her own personal journey. It probably goes without saying that she enjoys reading, writing, and asking questions. Lots of questions. But when she’s not playing with words, she enjoys going on adventures with her daughter, scrapbooking, and sitting on patios (preferably with margaritas). ​

Rod Lind, LPC, (Immediate Past-President) comes to the AKA Board as an adoptee who recently united with several members of his birth family. He is also a Licensed Professional Counselor and a National Certified Counselor with more than 20 years of experience in the mental health field. He holds a certification in medical hypnosis (CMH) from the American Psychotherapy and Medical Hypnosis Association and has Diplomate status in Comprehensive Energy Psychology (D-CEP) from the Association for Comprehensive Energy Psychology and is currently a Board member of both of those organizations. Rod has a limited private practice helping adult adoptees to meet life’s challenges and to achieve their most desirable sense of self.

Rod’s interest in the adoption field came after a colleague encouraged him to petition the court to have his birth records opened and then to search for members of his birth family. This is when he was introduced to AKA and it was through AKA (Connie Gray) that he was able to unite with members of his birth family. AKA has been invaluable in facilitating his understanding of and coming to terms with adoption. In 2010 he and his wife moved to Austin where the families of their two children reside. In 2012 they moved to Cedar Park. They enjoy taking advantage of the many points of interest in the area as well as the artistic venues when possible. 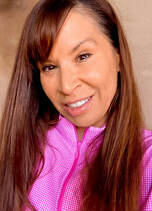 Hannah Andrews ​(Member-at-Large) was born in Chicago and was adopted as an infant during the Baby Scoop Era. She was raised on a Midwestern farm with two older adoptee brothers. In 2018, a chance meeting with an author birthmother sent Hannah in search of her own history. She found more questions than answers, but found guidance and community from fellow triad members. She joined the AKA board to provide that same support to others. Hannah is a writer, pianist & pet enthusiast .  She lives in San Diego, CA with her dog Josie and three Pussycats .

Jen Reichert, MEd, LCPAA (Member-at-Large) has worked with children and youth in every setting imaginable, and has always had a knack for connecting with the most mischievous. After nearly two decades in education and child welfare, she founded a one-of-its-kind nonprofit to walk alongside adoptive families and help them heal from the effects of trauma. In 2021, her nonprofit merged with Foster Village, a nonprofit that serves foster families, and Jen became the Director of Programs.
Jen has spent countless hours walking alongside families through each unique facet of the fostering and adoption process. She has been trained in multiple disciplines of behavior management, and is a certified Trust-Based Relational Intervention (TBRI) Practitioner. Jen has also presented at conferences and other groups, led trainings, worked closely with treatment team members, and served on boards, all to help others provide ideal care to traumatized children. Jen got hitched to BJ Brown in April 2010, and they live in Round Rock, Texas, with their mutt, Barkley (yes, he's named after Charles). Jen has been crafty since before Pinterest was born, is addicted to strong coffee, is a die-hard football fan, and hopes to someday be a beach bum. 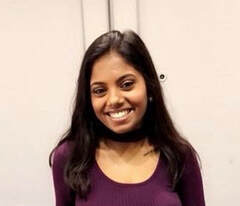 Isha Marie Rush, MPA, (Member-at-Large) is a Transracial/International Adoptee. Isha was born in India and adopted at age five. She is extremely excited to not only serve on this board, but be surrounded by so many beautiful hearts. Isha is looking forward to utilizing her skills with aims to best serve this community! She is so grateful to have found her people and ecstatic to connect with everyone through board service! ​ 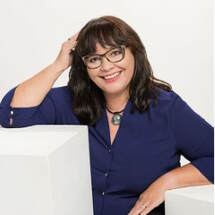 Dianne Sonnenberg, (Member-at-Large) is an international (First Nations) adoptee who has been active in the AKA community for several years.  She values the services that AKA provides, has benefitted greatly from her participation, and has a strong desire to support others in their own journeys.  She reunited with her extended biological family and First Nations tribal community in 2013-2014.  Dianne holds a BA in Psychology from the University of Michigan.  She has been married since 1989, an Austin, TX resident since 1992, and has two grown children.  Dianne is an artist, and also serves on the boards of the Austin Mosaic Guild and the Texas Society of Sculptors. 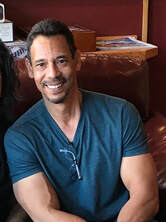 Dirk Uphoff, (Member-at-Large) is a transracial adoptee born in the 1960’s during the baby scoop era.  He “came out of the fog” in late 2019 and has been immersing himself into the adoption community ever since. Dirk is passionate about educating parents of transracial adoptees and has participated on several panels. He has been active in AKA’s Male Adoptee group and hopes to see more male participation in the adoption constellation. Dirk has served on several boards and looks forward to contributing what he can to AKA and the larger adoption community. He was reunited with several members of his birth family in 2016 and remains in relationship with them. Dirk has a BA in Liberal Arts from Bethel University and holds a certification in Office Ergonomics (CEAS) working in the Contract Furniture Industry. He has been married since 1988, has four grown children, and lives in Phoenix, AZ.

Gail Whitehead (Member-at-Large) - It was through AKA providing help in the search and reunion process that she was able to reunite with members of her birth family. Gail has been involved with AKA over 12 years and appreciates the educational resources, support and friendships gained from the group. It was from these sources that she understands how adoption impacts all members of the triad. Gail would like to help the larger community understand these impacts and make informed decisions to help families deal with these issues. Because AKA has been invaluable to her, she would like to help AKA continue to grow.

Tamara Whinston, (Member-at-Large) is an adoptive mom and an ardent supporter of AKA. Tamara began seeking a deeper connection to the adoption community and educating herself regarding transracial adoption after adopting her son from Russia. Her passion is creating a community where everyone feels heard and valued. Tamara's expertise lies in bringing people together for meaningful collaboration. She enjoys facilitating meetings, event planning, and serving marginalized and underserved communities. She hopes to assist AKA in its mission of connecting members of the adoption constellation to educational programming and social gatherings. Tamara has already given her time to AKA as a dedicated member of the conference committee for the past five years.