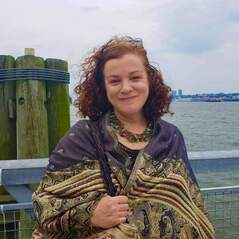 Thank you so much to Michele Kriegman for presenting her personal story and knowledge regarding the ICWA!

Facing the Fight of its Life in the U.S. Supreme Court Now: The Gold Standard in Child Welfare

​​Date: June 22, 2022, 7 PM Central Time
Where: Zoom
Presenter: Michele Kriegman
​
In this presentation, Michele Kriegman shared her own story as an adoptee with Indigenous heritage and how the creation of the ICWA benefits children born after its passage. She used autobiographical events to illustrate the impact of missing heritage on children and adults who grow up without critical ethnic identity connections and information. She also updated attendees on the status of the landmark ICWA law that is currently under review by the Supreme Court after challenges were brought to the law, pitting Texas against other states, in a culture war battleground.  This program was beneficial to both those with a personal connection to adoption and to professionals* working in the field

​*CEUs and certificates of attendance are available to those who completed the survey at the end of the program and submit a request via email to aka@adoptionknowledge.org.

For thirty years, AKA has hosted hundreds of experts, thought-leaders, reformers, and advocates as presenters at our Educational Meetings. We bring all members of the adoption community and beyond together for the hard, insightful conversations. The result is often healing and new perspectives gained by participants, as well as attendees being activated to create positive change. Our large-group Educational Meetings occur Quarterly and are currently virtual over Zoom. Please check our events calendar or subscribe to our emailing list to receive event announcements and reminders.

For Texas social workers, therapists, and qualifying professionals, CEUs and/or certificates of attendance will be awarded for this programming upon request.. Please sign the attendance sheet at the event for credit. For virtual events, email aka@adoptionknowledge.org for documentation. Certificates will be emailed to the address you provide unless traditional mail is requested.